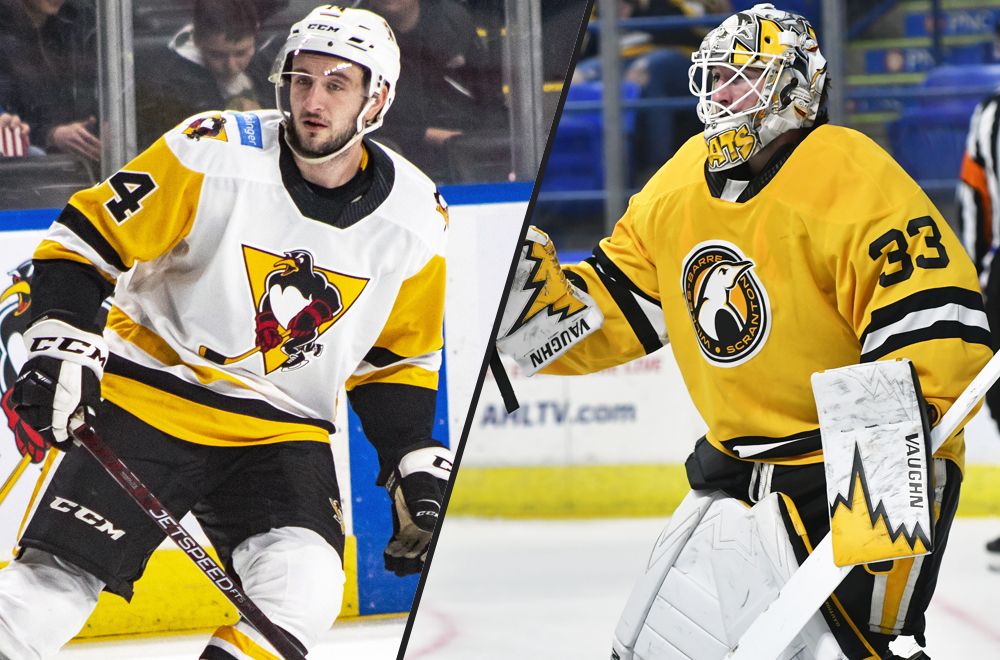 A Look at Jordan Frasca’s Career

Frasca has appeared in three games for Wilkes-Barre/Scranton this season, recording no points in those contests. The Caledon, Ontario native made his pro debut with the Nailers on Dec. 10 against the Kalamazoo Wings. The 21-year-old picked up an assist that night, one of two games played with Wheeling.

Frasca was signed by Pittsburgh as an undrafted free agent on Mar. 1, 2022 while he was in the midst of a career season with the Kingston Frontenacs of the Ontario Hockey League. Frasca produced the best numbers of his junior career, including 42 goals, 45 assists and 87 points. He placed second on the Frontenacs in goals, and ranked third on the team in points.

Gauthier has not appeared in any regular season games for the Penguins yet this season.

Prior to turning pro, Gauthier was a junior hockey standout in the Western Hockey League. In 194 career games played with the Prince George Cougars and Portland Winterhawks, he amassed a 77-91-16 record, a 3.03 goals against average, .909 save percentage and 10 shutouts. The native of Calgary, Alberta inked a three-year, entry-level contract with Pittsburgh on Mar. 1, 2022, then ultimately led all WHL goalies with a .928 save percentage by season’s end.

Catch Frasca at the Next Penguins Game

Wilkes-Barre/Scranton’s next game is Friday, Dec. 30 against the Providence Bruins. The Bruins’ first visit to NEPA this season is also another EYEWITNESS NEWS FAN FRIDAY, with select draft beers on sale for $2 from 6:00 – 7:30 p.m. Puck drop between the Penguins and Bruins is slated for 7:05 p.m. at Mohegan Sun Arena at Casey Plaza.