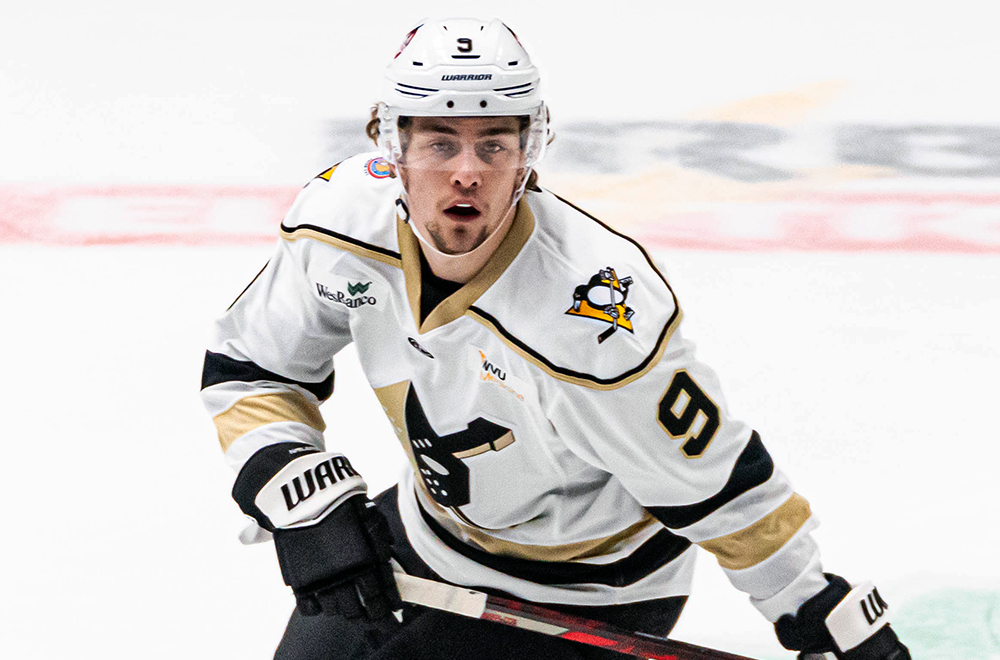 WILKES-BARRE, Pa. – The Wilkes-Barre/Scranton Penguins announced today that they have reassigned forward Brooklyn Kalmikov to their ECHL affiliate, the Wheeling Nailers.

A first-year pro, Kalmikov ranks fourth on the Nailers with 16 points (6G-10A). His 10 assists and 63 shots on goal lead team rookies. He has not appeared in any games for the Penguins yet this season.

Kalmikov, 21, signed with Wilkes-Barre/Scranton as an undrafted free agent after a five-year career in the Québec Major Junior Hockey League. In 2021-22, he posted junior career-highs across the board with 38 goals, 38 assists and 76 points in 67 games played.

Wilkes-Barre/Scranton’s next game is tonight, Saturday, Dec. 31, a New Year’s Eve clash with the Lehigh Valley Phantoms at PPL Center. Game time for the Penguins and Phantoms is scheduled for 7:05 p.m. The Penguins’ first game of 2023 is back on home ice, Wednesday, Jan. 4, against the Charlotte Checkers. Puck drop between the Penguins and Checkers is slated for 7:05 p.m. at Mohegan Sun Arena at Casey Plaza.