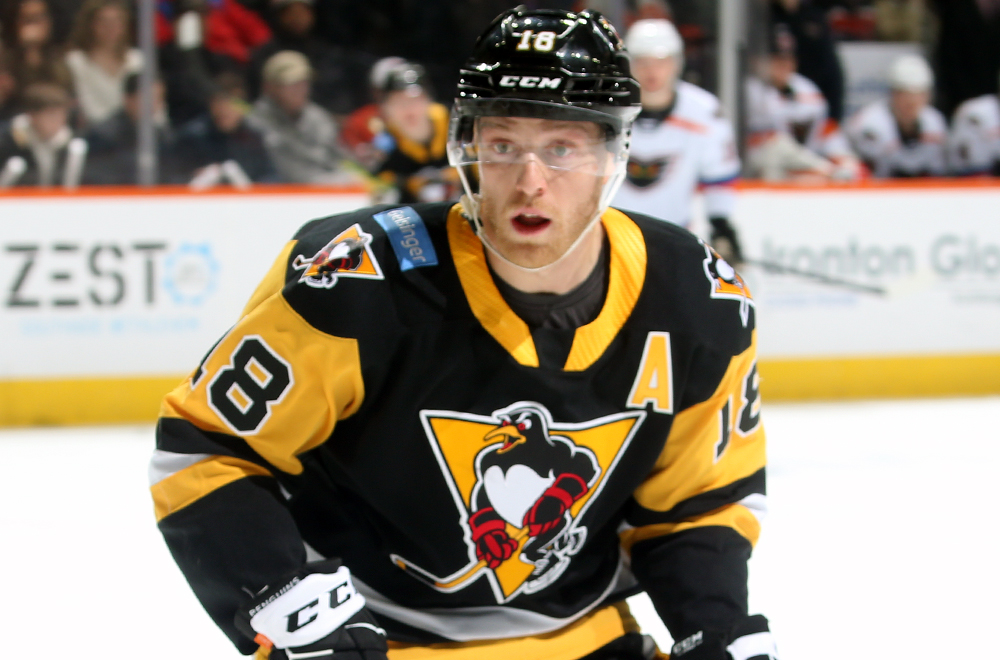 Tuesday, Dec. 27 – PENGUINS 1 vs. Hershey 2 (SO)
The two I-81 rivals exchanged power-play goals in regulation with Alex Nylander picking up the Penguins’ tally late in the second period. Dustin Tokarski turned in a 38-save gem, but the Bears took the win via the shootout.

Friday, Dec. 30 – PENGUINS 3 vs. Providence 4
The Penguins put up a valiant effort, but even two goals by Valtteri Puustinen weren’t enough to take down the Bruins. Sam Houde opened the scoring for the Pens on the man advantage, followed by Puustinen’s pair in the second and third periods.

Saturday, Dec. 31 – PENGUINS 4 at Lehigh Valley 1
The Penguins celebrated their New Year’s Eve by defeating the Phantoms in decisive fashion. For the second game in a row, Houde and Puustinen scored Wilkes-Barre/Scranton’s first two goals. Drake Caggiula put the team up, 3-1, in the middle frame, and Corey Andonovski provided insurance in the third. Taylor Gauthier made 29 saves to pick up the win in his AHL debut.

Wednesday, Jan. 4 – PENGUINS vs. Charlotte
The Checkers make their first trip to Mohegan Sun Arena for both clubs’ first game of 2023. The Penguins split a pair of decisions earlier this season in Charlotte, as Wilkes-Barre/ Scranton scored nine combined goals in those games.

Friday, Jan. 6 – PENGUINS vs. Charlotte
The Penguins and Checkers face-off for the second-straight game. Charlotte comes into this two-game visit hot, having won four in a row after snapping a five-game losing streak.

– The Penguins have scored power-play goals in three-straight games.

– Taylor Fedun is one point shy of 200 AHL points. 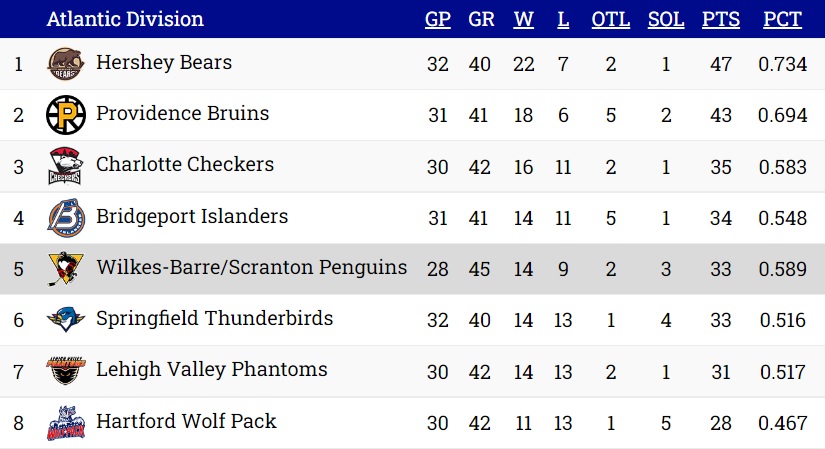 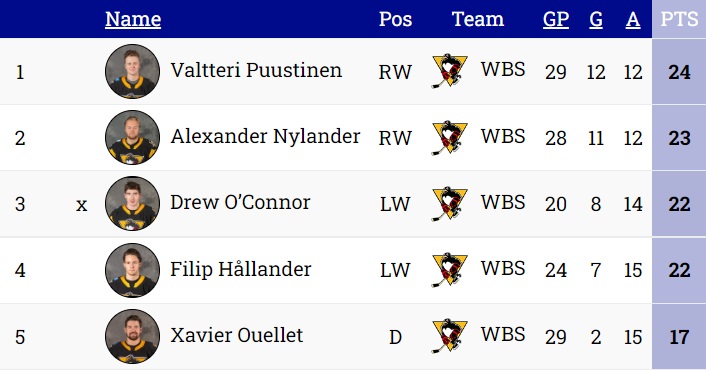