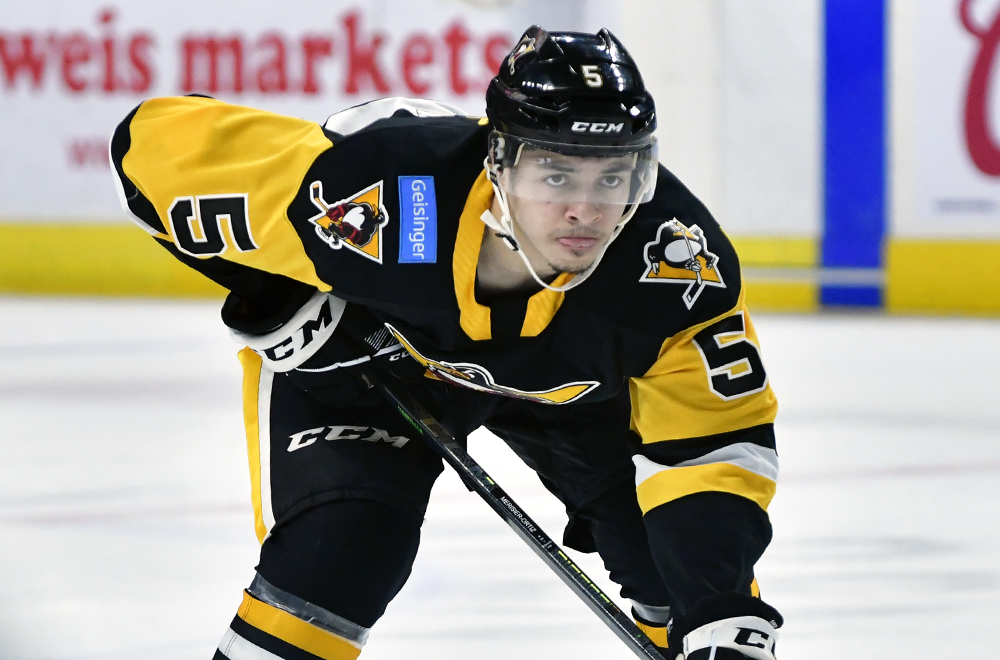 In eight games with the Penguins last season, the 21-year-old blueliner posted one goal and one assist for two points.

This year, Ortiz has produced two goals and 17 assists for 19 points in 28 games with Wheeling. His 17 assists are tied for the most on the team, even with fellow defenseman and current Penguins roster member Josh Maniscalco. Ten of Ortiz’s 17 helpers have come on the power play, most on the Nailers.

Prior to turning pro, the Boisbriand, Québec native played four seasons in the Québec Major Junior Hockey League. In 231 QMJHL games with the Baie-Comeau Drakkar and Blainville-Boisbriand Armada, the blueliner racked up 129 points (20G-109A).

Wilkes-Barre/Scranton’s next game is tonight, Wednesday, Jan. 4, against the Charlotte Checkers. Game time for the Penguins and Checkers is scheduled for 7:05 p.m. at Mohegan Sun Arena at Casey Plaza.