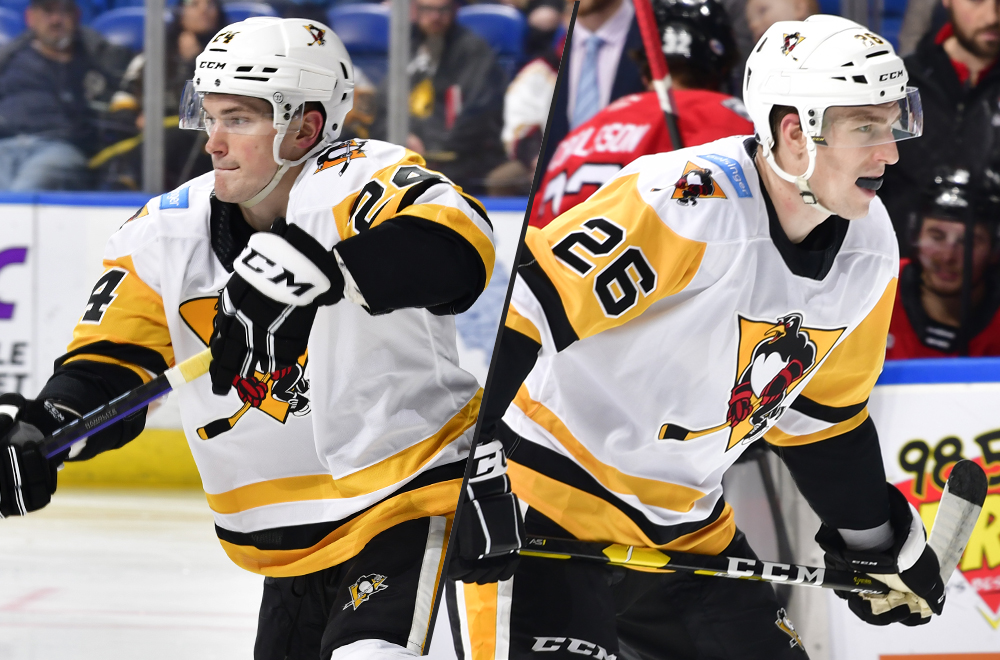 Additionally, forward Justin Addamo has been released from his professional tryout agreement. He will report to Wheeling.

Maniscalco is in his third season of professional hockey and currently leads the Nailers with 25 points (8G-17A). His eight goals are also tied for second-most among all ECHL defensemen.

Maniscalco, 23-years-old from Perkiomenville, Pennsylvania, has 11 career AHL games, including one this season. Maniscalco has no points in those 11 contests with the Penguins.

Addamo is in his first season as a pro and currently leads the Nailers with 13 goals this season. He also leads Wheeling rookies with 20 points, which ranks third overall on the team.

Addamo made his AHL debut this past Wednesday with Wilkes-Barre/Scranton. He recorded three shots in his first game of AHL action.

Born and raised in Clermont-Ferrand, France, Addamo played three seasons of college hockey at Robert Morris University before transferring to Rensselaer Polytechnic Institute for his senior year. In 138 career college games, the 6-foot-6, 250-lbs. forward picked up 36 goals and 32 assists for 68 points.

Wilkes-Barre/Scranton’s next game is tonight, Friday, Jan. 6, against the Charlotte Checkers. Game time for the Penguins and Checkers is scheduled for 7:05 p.m. at Mohegan Sun Arena at Casey Plaza.