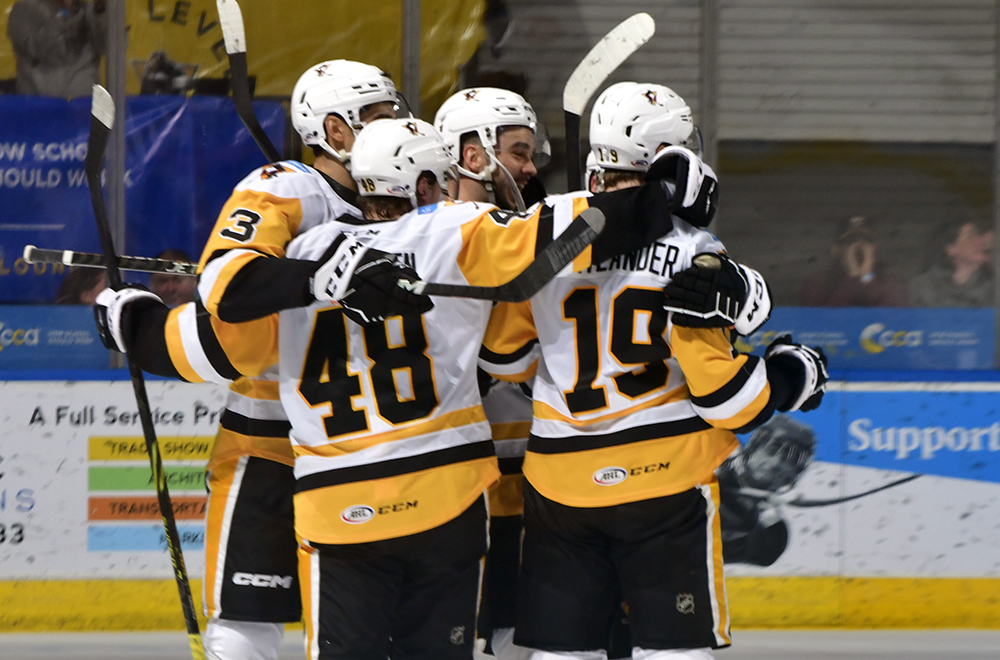 Wilkes-Barre/Scranton (16-10-2-3) received a pair of goals from Jonathan Gruden and three assists from Drake Caggiula while trailblazing its comeback in regulation. Jack St. Ivany also picked up his third assist of the night during the Penguins’ fourth goal, but Alex Nylander stole the headlines with his stickhandling display on the overtime winner.

Nylander received a pass in the offensive zone from Valtteri Puustinen and then dashed towards the Hartford net. The forward turned one defender inside out, then deked the puck forehand-to-backhand before roofing the game-winner 84 seconds into OT. The jaw-dropping exhibition was Nylander’s team-leading 14th goal of the season.

Brandon Scanlin delivered the game’s first goal, firing a one-timer into the Penguins’ net 6:39 of the first period.

Hartford tallied its second goal in the last minute before the first intermission, as Will Cuylle’s seeing-eye shot navigated through traffic and past Penguins netminder Taylor Gauthier.

Gruden put Wilkes-Barre/Scranton on the board with a heavy shot at 12:57 of the middle frame, followed by another tally 3:30 into the third.

Corey Andonovski deposited a rebound at 8:40 of the final frame of regulation to tie the game, 3-3. Andonovski’s strike was the last one in regulation, giving way for Nylander to showcase his magic and complete the comeback.

Wilkes-Barre/Scranton’s next game is Wednesday, Jan. 11 against the Hershey Bears at Giant Center. Puck drop between the Penguins and Bears is scheduled for 7:00 p.m.

The Penguins’ next home game is the following Wednesday, Jan. 18, when they take on the Syracuse Crunch. Game time for the first meeting of the season between the Penguins and Crunch is slated for 7:05 p.m. at Mohegan Sun Arena at Casey Plaza.