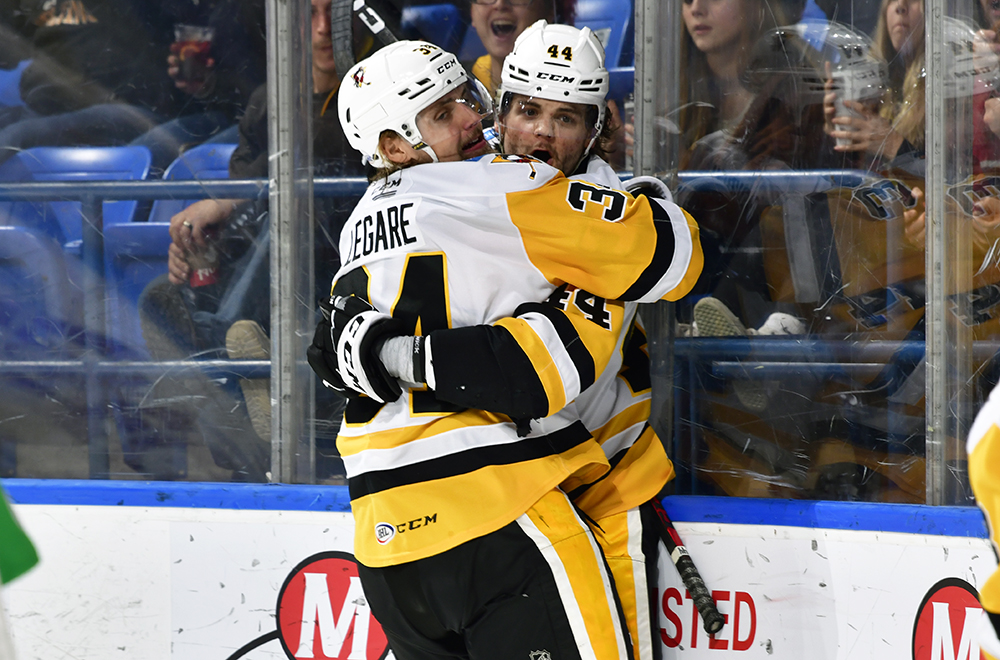 Wednesday, Jan. 4 – PENGUINS 5 vs. Charlotte 3
Wilkes-Barre/Scranton received multi-point games from five different players, including a two-goal game from Sam Houde. Houde opened the scoring for third game in a row, but Charlotte carried a 2-1 lead into intermission. Valtteri Puustinen, Houde, Alex Nylander and Drake Caggiula tallied to give the Pens a comfortable win to start 2023.

Friday, Jan. 6 – PENGUINS 2 vs. Charlotte 4
The Checkers won their rematch with the Penguins, but the game ended prematurely when Wilkes-Barre/Scranton forward Filip Hållander was injured late in the contest. Hållander was released from Geisinger Wyoming Valley Medical Center that night, and he is currently recovering at home.

Saturday, Jan. 7 – PENGUINS 4 vs. Hartford 3 (OT)
Down 3-0 midway through the game, the Penguins capped off an incredible comeback with a jaw-dropping, overtime goal by Nylander. Jonathan Gruden kickstarted the comeback with a pair of goals, and Corey Andonovski tied the game to force OT.

Wednesday, Jan. 11 – PENGUINS at Hershey
The Penguins and Bears face-off for the 10th time this season. Puustinen leads the series with eight points (2G-6A) in nine games, but the Bears own an edge over the Pens with five wins.

Saturday, Jan. 14 – PENGUINS at Charlotte
Wilkes-Barre/Scranton treks back to North Carolina to take on the Checkers for a back-to-back set. In their previous four meetings, both the Penguins and Checkers have won twice.

Sunday, Jan. 15 – PENGUINS at Charlotte
The Pens end their three-game road trip with another tilt in the Queen City. Wilkes-Barre/Scranton is 6-5-0-1 in Charlotte since the Checkers returned to the Eastern Conference in 2017-18.

– The last time the Penguins erased a 3-0 deficit for a come-from-behind win was Mar. 6, 2021 against the Binghamton Devils.

– Drake Caggiula and Jack St. Ivany both recorded three assists in the team’s win on Saturday.

– Valtteri Puustinen is on a career-best seven-game point streak, and he has 12 points (6G-8A) in his last 12 games.

– Wilkes-Barre/Scranton’s penalty kill is at 84.8% on home ice, fourth in the league. 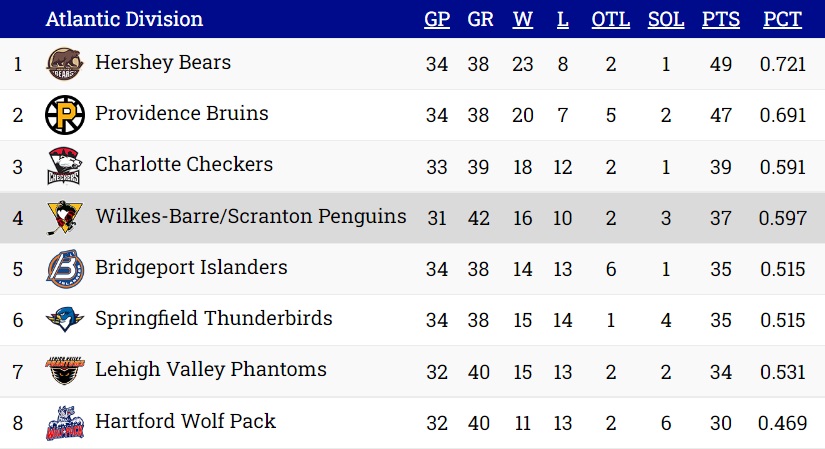 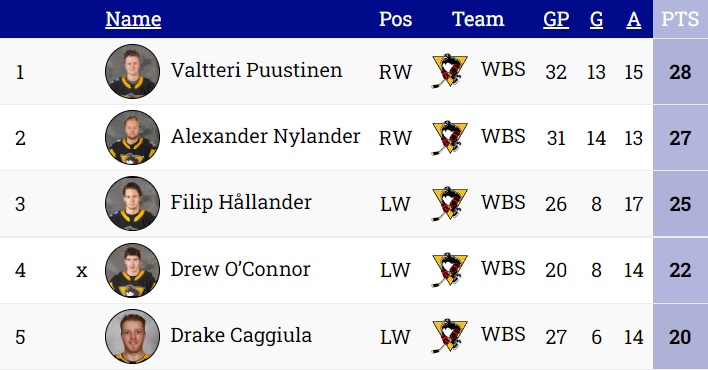