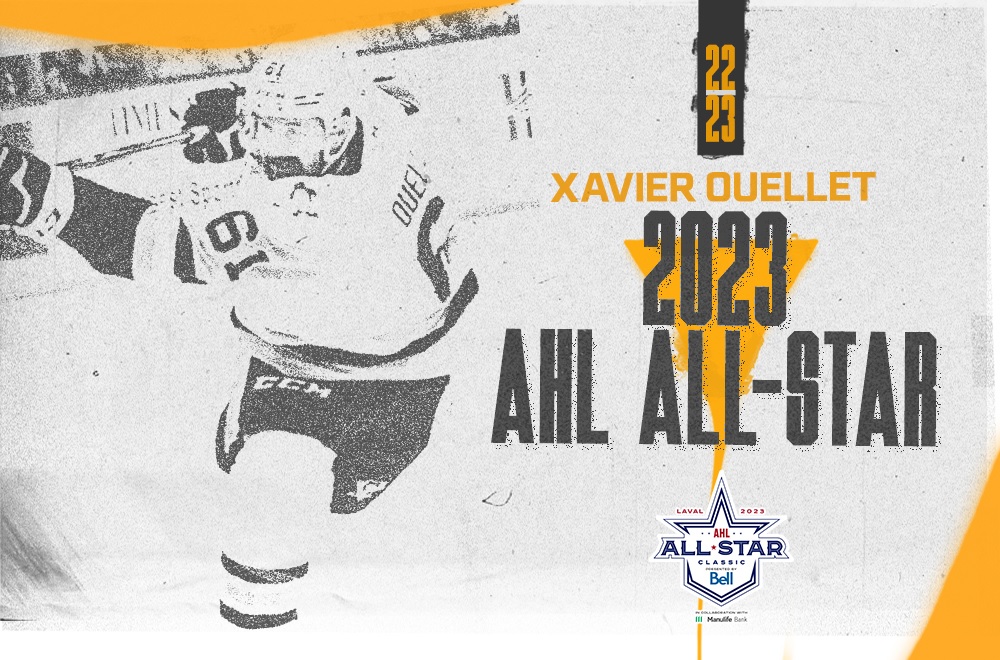 WILKES-BARRE, Pa. – The American Hockey League announced today the initial rosters for the 2023 AHL All-Star Classic presented by Bell in collaboration with Manulife Bank. Wilkes-Barre/Scranton Penguins defenseman Xavier Ouellet was selected to represent the Atlantic Division during the event in Laval, Québec.

Ouellet is in his first season with Wilkes-Barre/Scranton, and he currently leads Penguins defensemen with 17 points (2G-15A). This is his third AHL All-Star Classic selection, having represented the Grand Rapids Griffins in 2015 and 2016.

Prior to joining the Penguins, Ouellet served as captain of the Laval Rocket for four seasons from 2018-19 to 2021-22. During that time, he paced the team’s blueliners in points in three of the four years.

A second-round draft choice by the Detroit Red Wings in 2011, Ouellet has played 178 career NHL games for Detroit and the Montréal Canadiens. He signed a two-year, two-way contract with the Pittsburgh Penguins on July 13, 2022.

The 2023 AHL All-Star Classic presented by Bell in collaboration with Manulife Bank will take place at Place Bell in Laval, Québec on Feb. 5-6. The AHL All-Star Skills Competition kicks off the weekend on Sunday, Feb. 5, followed by the AHL All-Star Challenge three-on-three tournament on Monday, Feb. 6.

Wilkes-Barre/Scranton’s next game is tonight, Wednesday, Jan. 11, against the Hershey Bears at Giant Center with a 7:00 p.m. puck drop. The Penguins’ next home game is Wednesday, Jan. 18, when they take on the Syracuse Crunch for the first time this season. Game time for the Penguins and Crunch is slated for 7:05 p.m.