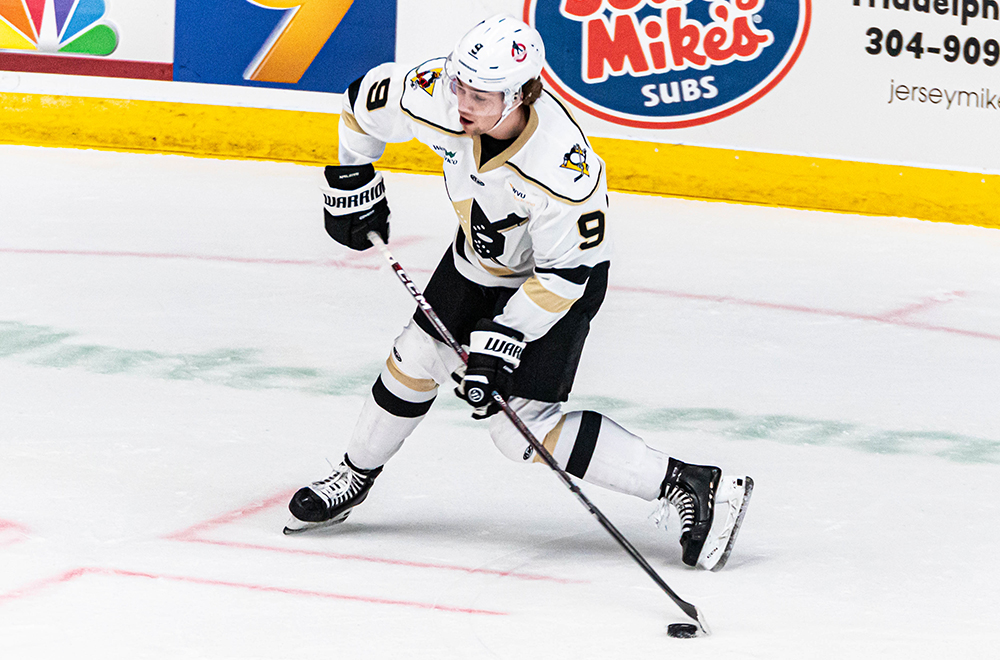 WILKES-BARRE, Pa. – The Wilkes-Barre/Scranton Penguins announced today that they have recalled forward Brooklyn Kalmikov from their ECHL affiliate, the Wheeling Nailers.

Additionally, forward Max Newton has been released from his professional tryout agreement.

A first-year pro, Kalmikov ranks fourth on the Nailers with 23 points (10G-13A). His 13 assists and 92 shots on goal lead team rookies. Furthermore, the 21-year-old has picked up half of his goals and nine points in his last 10 games.

Kalmikov signed with Wilkes-Barre/Scranton as an undrafted free agent after a five-year career in the Québec Major Junior Hockey League. In 2021-22, he posted junior career-highs across the board with 38 goals, 38 assists and 76 points in 67 games played.

Newton appeared in one game for Wilkes-Barre/Scranton, recording no points on Jan. 18 vs. Syracuse. Newton returns to the Reading Royals (ECHL), where he leads the club with 17 goals and 36 points.

Wilkes-Barre/Scranton’s next game is tomorrow, Friday, Jan. 20, against the Lehigh Valley Phantoms. Tomorrow’s game is another EYEWITNESS NEWS FAN FRIDAY, featuring select draft beers on sale for $2 from 6:00 – 7:30 p.m. Puck drop between the Penguins and Phantoms is slated for 7:05 p.m. at Mohegan Sun Arena at Casey Plaza.