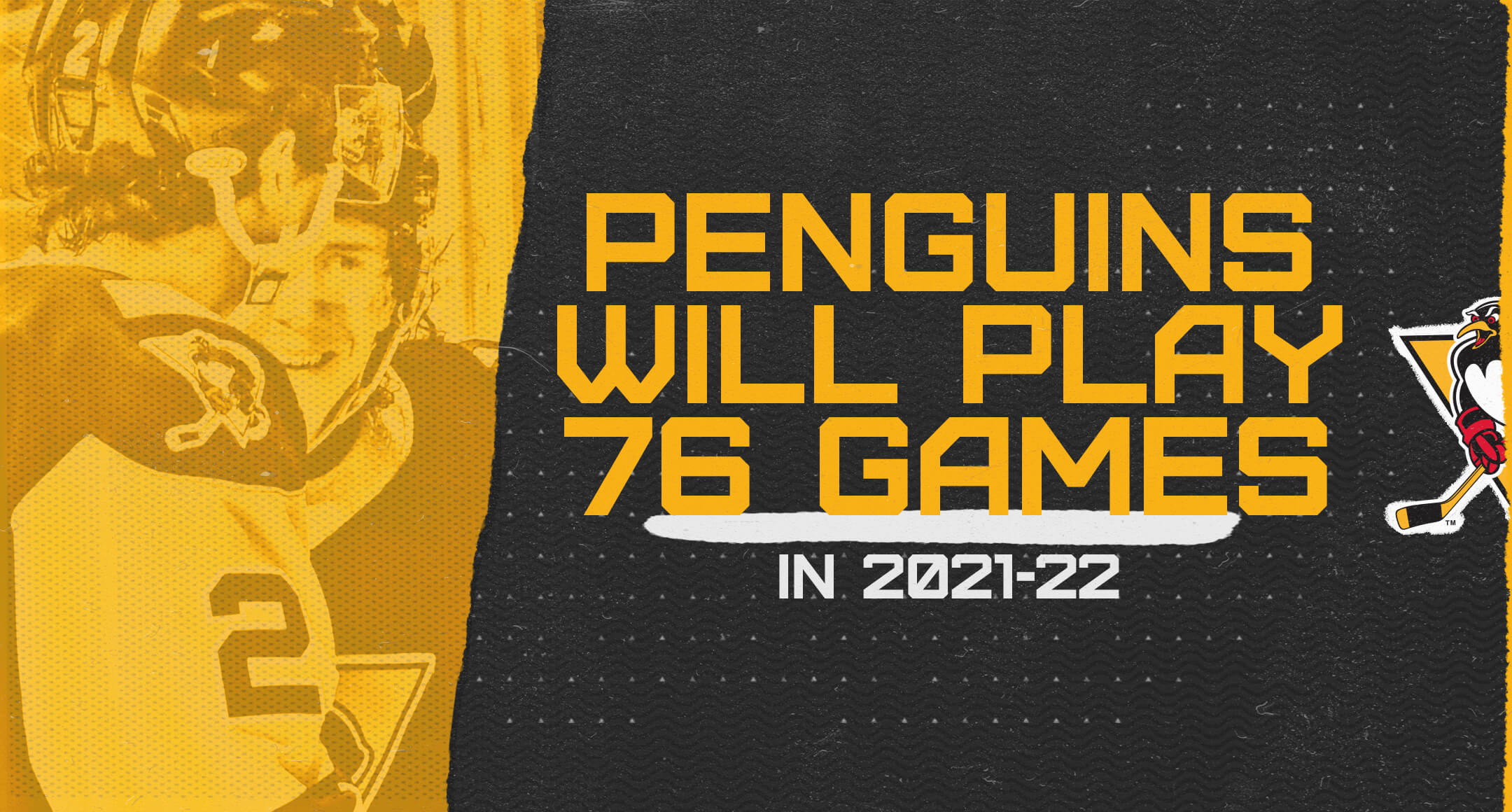 WILKES-BARRE, Pa. – The American Hockey League offices in Springfield, Massachusetts revealed today that the Wilkes-Barre/Scranton Penguins will play a full, 76-game schedule during the upcoming 2021-22 season.

AHL President and CEO Scott Howson announced that the league’s Board of Governors has approved a schedule unification plan that will see all member clubs play a 72-game regular-season schedule beginning in 2022-23.

Furthermore, the following division alignment has been approved for the 2021-22 AHL season:

As part of the schedule unification plan, teams in the Atlantic, North and Central Divisions have the option of playing either 76 or 72 games, while teams in the Pacific Division will all play 68 games for the 2021-22 season. Then all teams will play 72 games in 2022-23.

“I am very pleased that we were able to achieve a schedule of 72 games for all teams in the American Hockey League,” said Howson. “In coming together to create a plan that is fair and equitable, our owners have demonstrated a commitment to the long-term strength of the league.”

Additionally, there will be an increase in the number of teams qualifying for the Calder Cup Playoffs each year; the playing schedule and postseason format for the 2021-22 season, which begins Oct. 15, will be announced later this summer.

In operation since 1936, the AHL serves as the top development league for the players, coaches, managers, executives and broadcasters of every National Hockey League organization. Nearly 90 percent of today’s NHL players are American Hockey League graduates, and more than 100 honored members of the Hockey Hall of Fame spent time in the AHL in their careers.

Season tickets for the upcoming 2021-22 season are on sale now. Wilkes-Barre/Scranton Penguins fans can secure their seats by calling the team’s front office directly at (570) 208-7367.