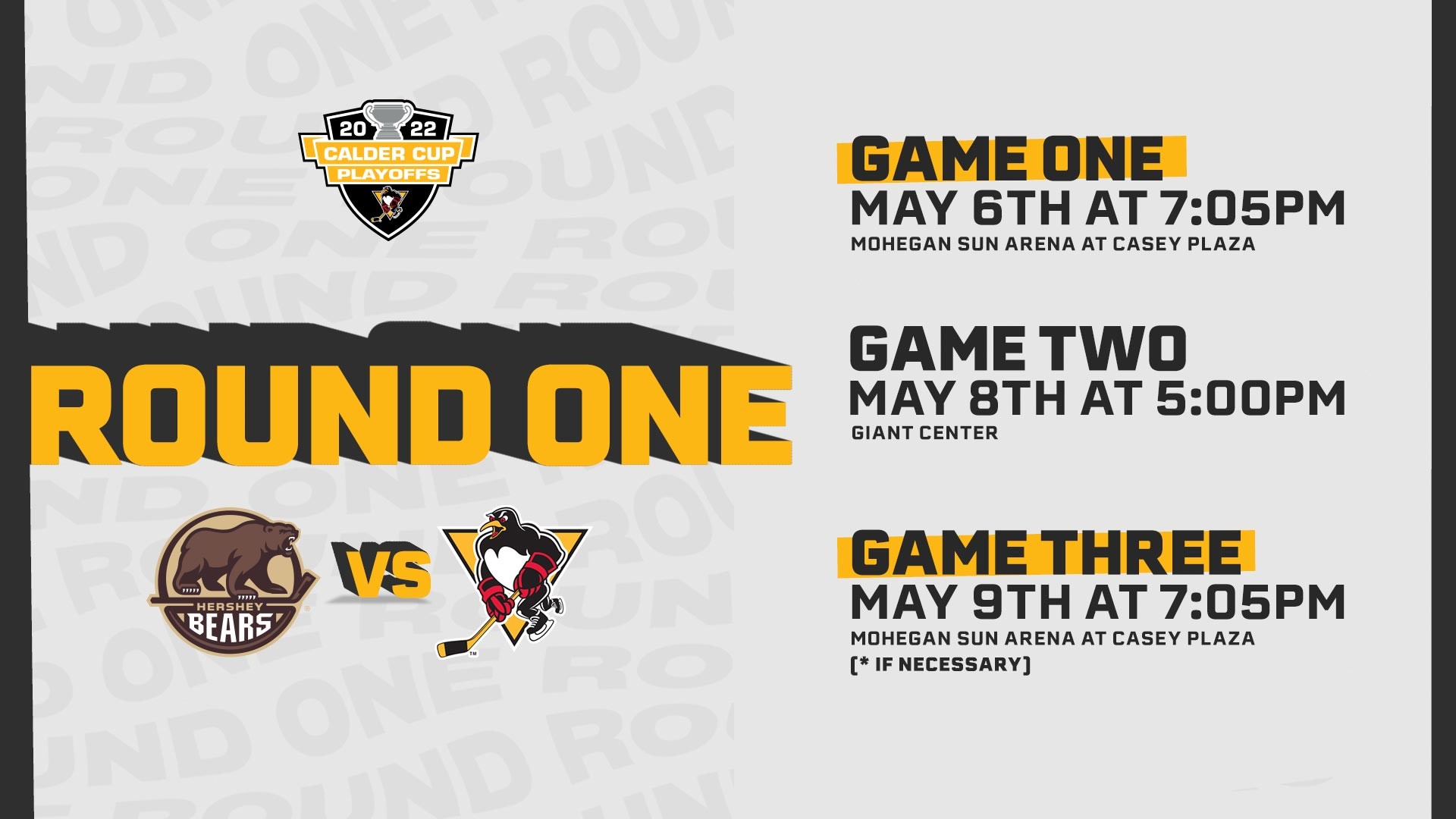 WILKES-BARRE, Pa. – The Wilkes-Barre/Scranton Penguins have released the schedule for their first-round playoff series against the Hershey Bears in the 2022 Calder Cup Playoffs.

The Penguins will open the best-of-three series against their in-state rival at home on Friday, May 6. If necessary, Wilkes-Barre/Scranton will host the decisive third game on Monday, May 9.

This will be the eighth postseason meeting all-time between the Penguins and Bears, the first since the 2016 Atlantic Division Final. Wilkes-Barre/Scranton has meet Hershey in the postseason more than any other franchise. The Penguins have a 3-4 record in the previous series against the Bears and an 18-19 record in 37 playoff head-to-heads. However, on home ice, Wilkes-Barre/Scranton has posted a 14-4 record against its in-state rival.

Individual tickets and full playoff packages for the Penguins’ postseason run are on sale now.

Penguins Playoff Packages, which include tickets to all potential home games, are also on sale now.  By purchasing this package, fans are committing to every home playoff contest played during the 2022 Calder Cup Playoffs. This package includes a ‘Pay-As-We-Play’ plan, meaning your credit card will not be charged until a game is guaranteed to be played.

Also included for each game in the plan is a $6 voucher per seat, good for use at any SAVOR-run concession stand, or at the Penguins Team Store inside the arena.  Vouchers are good only for the game for which they are issued and cannot be carried over to future games.

Playoff Packages are available exclusively through the Penguins’ front office. Call (570) 208-7367 to lock in your seats for the postseason.

Wilkes-Barre/Scranton still has two games left on its regular-season schedule, both of which are on the road. The Penguins’ next game is Friday, Apr. 29 against the Syracuse Crunch. Puck drop between the Penguins and Crunch slated for 7:00 p.m. at Upstate Medical University Arena.