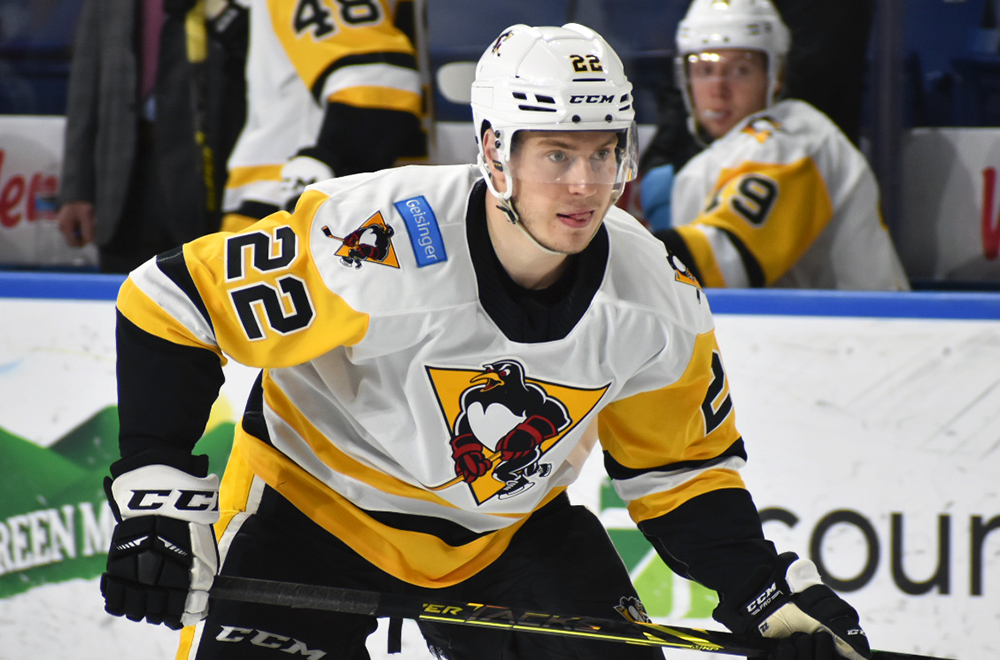 SPRINGFIELD, Mass. – A lights-out goaltending performance led to the Wilkes-Barre/Scranton Penguins dropping Game 1 of their Atlantic Division Semifinals series to the Springfield Thunderbirds, 4-1, at MassMutual Center on Wednesday night.

The T-Birds notched the first goal of the series and the franchise’s first-ever playoffs goal at 13:27. A cross-crease pass deflected into the air and then off the leg of Will Bitten before trickling across the goal line. Penguins goalie Tommy Nappier campaigned for a video review and the officials obliged. However, there was no conclusive evidence to overturn the initial call, keeping power-play goal intact.

The Penguins responded midway through the second period. Shortly after the expiration of a power play, Pierre-Olivier Joseph collected a rebound and whipped it to the back post. The feed caromed off of Félix Robert’s skate and over Lindgren, tying the score at 1-1.

Klim Kostin put Springfield back ahead, 2-1, with a bullet shot at 14:23 of the middle frame.

At the end of two periods, the Penguins had out-shot the T-Birds, 34-23. The shot clock became even more lopsided in the third period, but Lindgren stood like a brick wall between his pipes.

Springfield had only four shots in the final frame of regulation, but two of them went in. The first of which was a two-on-one rush finished off by Sam Anas at 8:28, the second was an empty netter from Dakota Joshua.

Nappier finished the night with 23 saves on 26 bids.

Wilkes-Barre/Scranton and Springfield don’t have to wait long for Game 2, as their Atlantic Division Semifinals series continues tomorrow, Thursday, May 12. Puck drop is scheduled for 7:05 p.m. at MassMutual Center. The Penguins’ first home game of the series is Game 3 on Sunday, May 15 at 5:05 p.m.