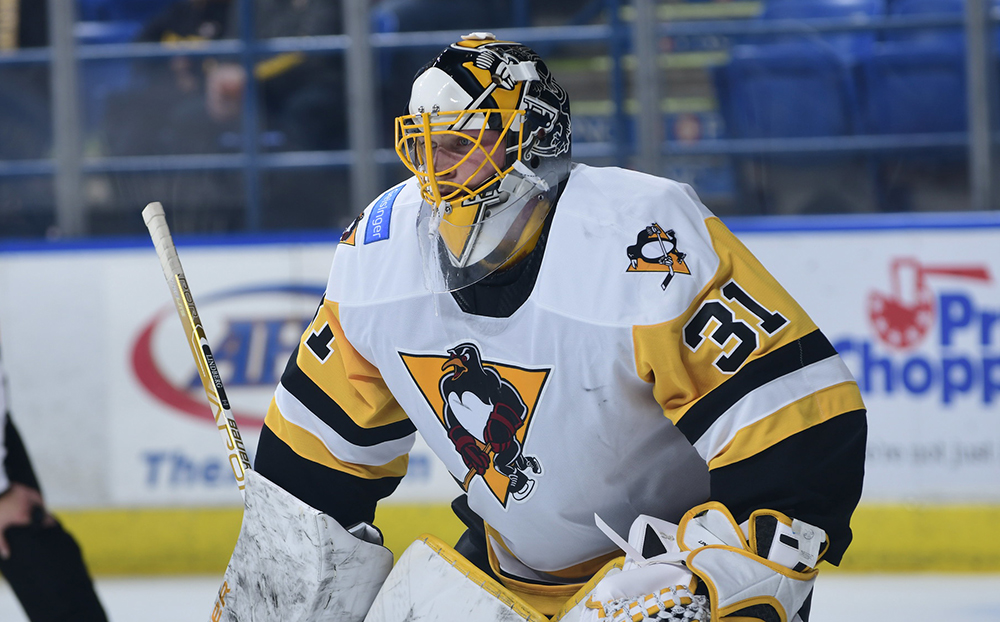 Goaltenders Filip Lindberg and Tommy Nappier, forward Sam Houde and defenseman Chris Ortiz are four of the players Wilkes-Barre/Scranton Penguins fans may recognize at the Pittsburgh Penguins prospect development camp, which will be held from July 10-14 at the UPMC Lemieux Sports Complex in Cranberry.

Twenty-four prospects in all will convene for the five-day camp which features on-ice sessions each day. For a full camp roster, which is made up of 12 forwards, eight defensemen and four goaltenders, visit here.

Lindberg was off to a solid start in his pro career, posting a 4-2-0 mark in seven games with Wilkes Barre Scranton last season, before suffering a season-ending injury in mid-November.

Nappier paced the team with 13 victories during his first full pro season, after joining the AHL team toward the end of the 2020-21 campaign.

Houde tallied six points (1+5) while suiting up in 19 gams for Wilkes-Barre/Scranton last season, while Ortiz recorded a goal and an assist in eight games with the club.

All practices, including the final scrimmage, are open to the public and free of charge.

As in previous years, the Penguins’ development camp will feature a variety of off-ice presentations and activities focused on helping players transition to becoming a professional athlete.

Below is the Penguins’ 2022 Development Camp practice schedule at the UPMC Lemieux Sports Complex: