How Did the Stanley Cup Get Started? 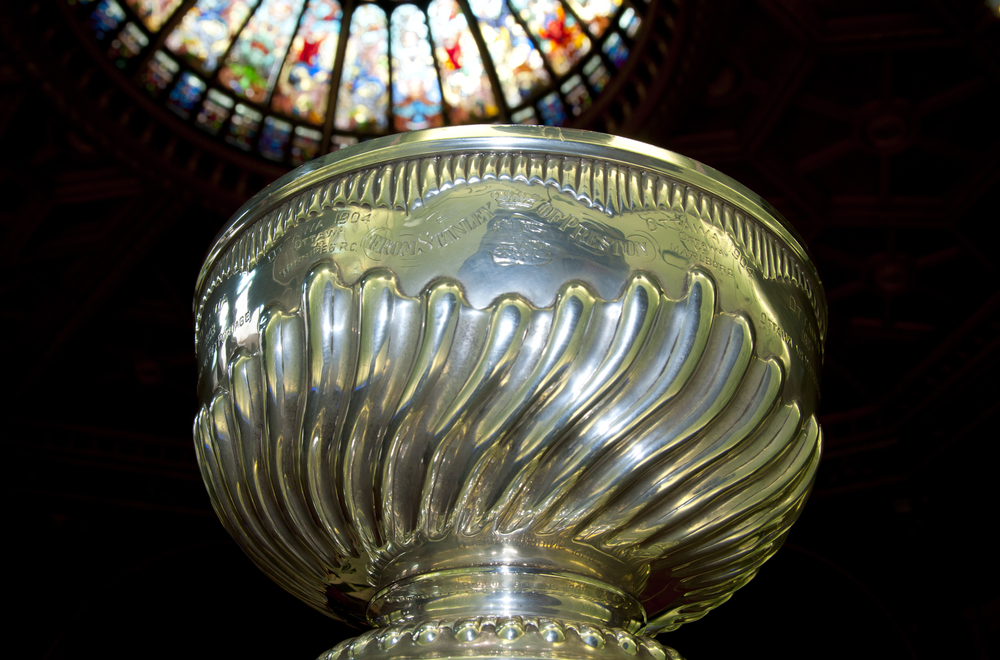 It’s safe to say that each year, nearly every hockey fan tunes into the Stanley Cup playoffs. You might not have even watched a single game for the entire regular season, but you’re sure to make time for the postseason. Even the most casual fan will recognize the iconic Stanley Cup, and playoffs aren’t that far away now. The 2022 Stanley Cup Playoffs are scheduled to begin May 2, with the NHL’s regular season ending April 29.

If you watch the playoffs every year, you might have wondered how this famous trophy came to be. Here’s some background information that you should know about the Stanley Cup.

How Old is the Stanley Cup?

While everyone will recognize the Stanley Cup as being the trophy for the NHL playoffs, it actually predates the NHL. While the NHL was founded in 1917, the Stanley Cup was commissioned in 1892 by Lord Stanley of Preston and first awarded in 1893, making it the oldest sports trophy in North America. Because of this, the Stanley Cup holds years of history, which only adds to its prestige. The Stanley Cup was also not always named the Stanley Cup – it was created as the Dominion Hockey Challenge Cup. It was also originally intended for the top amateur hockey team in Canada. The Montreal Hockey Club was the first team to win the Stanley Cup.

The first Stanley Cup Playoffs solely for the NHL took place in 1927. Since then, no non-NHL team has competed for it. The Ottawa Senators beat the Boston Bruins in the 1927 Stanley Cup Finals. However, the NHL doesn’t technically own the Stanley Cup. Rather, the NHL has an agreement with trustees on the cup to use it.

How Did the Stanley Cup Get Its Look?

Today, the Stanley Cup is known for its height, but it started out as the small bowl you can see at the top of the trophy. The original version of the Stanley Cup was slightly over 7 inches, and today, it’s over 3 feet tall and weighs nearly 40 pounds.

The reason for such a significant change over the years is another factor that makes the Stanley Cup unique. During the trophy’s history, teams began including the names of players, coaches, and staff of the winning team. Because of this, new rings were frequently added to accommodate this information. Before adding multiple names and rings was common practice, some teams engraved their team name on the inside or outside of the bowl, while some neglected to add their team name at all.

Eventually, it became impractical to add so many rings to the trophy. As it grew to be taller and taller, older rings had to be removed to keep it from getting too large. Retired rings are moved to the Hockey Hall of Fame in Toronto.

The Stanley Cup that’s currently awarded is also not the original. Although the original trophy became too fragile to pass out anymore, it’s on display at the Hockey Hall of Fame. The current trophy was created in secret in 1963 and was first awarded in 1964. There is also a third version of the Stanley Cup, which is used whenever the current version isn’t available to be on display.

What Team Has Won the Stanley Cup the Most?

Get Tickets for the WBS Penguins Last Few Home Games

We know that many are looking forward to the playoffs for both the AHL and the NHL. However, there are still a few chances left to watch the Wilkes-Barre Scranton Penguins at a home game this season. Be sure to order your tickets today before it’s too late!